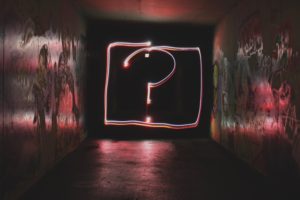 I hate starting new jobs.  Hate it.  Though by the looks of my resume you’d think it was a hobby of mine.

During my career, there are two things I fear most: being hired and being fired.  In some cases,  you can’t have one without the other but both are mentally and emotionally draining. Being hired can be so exciting.  After you’ve been unhappy in a job, it feels like a God-send to have a new opportunity arise and a new chapter unfolds.   If you are like me, you look to find an opportunity that has far more pros than cons when you make that decision to leave in pursuit of greener pastures.  The part that I dread is where I am forced to face my insecurities -and boy, they become real obvious when you are thrown into a brand new environment with a bunch of strangers.  It really has the making for a great new reality series, “New Girl Dead”. I mean what could go wrong?  Making more money – check. Have a shorter commute – check.  Bigger title – check.  Where’s the con?

Let’s start on day 1.  Or, maybe let’s start on day 30. My biggest frustrations are lack of explanation, context, and honesty.  If I feel confused, mislead or lost, I start to feel vulnerable, fearful and dumb.  Granted, this may be normal for a set period of time for most new hires. But for this to continue on and on, then, I start to worry.  What in the world have I done? I traded one bad job for a new one.  Crap, now what?

I don’t have the gift of WOO (winning others over) or the gift of GAB (blah, blah, blah). Meeting new people and learning their personalities, work styles, lingo and politics drains me.  Layer on top of that, poor onboarding, being lonely and mostly confused are things that make the Achiever in me cringe and curled up the fetal position.  I can’t show the world what I can do if I feel lost all the time!

I’ve experienced a couple of great onboarding experiences, but most have been pretty terrible.

In fact, one was so bad that I chose to leave after 2 weeks and take my chances of finding something else before the next round of bills came due.  Regardless of a strong or weak start, the honeymoon phase of a new role inevitably comes to an end and the reality that this place – though better in some ways – has its own, new set of issues – in addition to all the ones we’ve identified in the first 30 days.

After all of my starts and stops, one thing I’ve learned is to look around before you leap.  Do an assessment of the landscape around you.  Weigh the good and bad, what’s at the root of your unhappiness and what do you like about the role or organization you’re in.  Ask yourself lots of questions. Often, identifying these things and devising a plan to solve them, could change things dramatically – and maybe save you from future (and worse) frustrations in the long term.

You may want to drop the mic and exit stage right and that’s fine.  Keep in mind that the new stage will have its flaws too.  Sometimes you are trading one set of problems for another.  Maybe the trust, equity, reputation, friends, and familiarity of where you are, are worth staying for and what you really exit are the things weighing you down.  Is it worth a few questions to find out?